November is Lung Cancer Awareness Month: Seeing a GP could be your first best step to quit smoking

Lung cancer awareness month is an important part of the year that provides an opportunity to learn and educate ourselves about this disease.

What makes lung cancer a serious threat to your life is that it rather grows slow and sometimes may take up to several years to notice any symptoms, so many of us fail to recognise the signs.

It kills over 8,000 Australians every single year, affecting both men and women in Australia.

According to Cancer Australia, it is estimated that 13,258 new cases of lung cancer will be diagnosed in the country in 2020.

Despite killing thousands of  Australians every year, it is astonishing that many people know very little about this disease.

Throughout this month, Territory Medical Group aims to raise the awareness of this disease and assist those who want to quit smoking through our Quit Smoking Consultations.

What is lung cancer?

It can start in any part of your respiratory system that can even spread to the brains if not treated timely.

There are two main types of lung cancer.

The most common type of lung cancer is called Non-Small Cell Lung Cancer that accounts for 85% of the cases worldwide.

Non-small cell cancer is the most widely occurring form of lung cancer accounting for almost 85% of all diagnosed lung cancer cases.

This form of cancer usually begins in the middle of your lungs and starts spreading quickly, making it one of the most aggressive forms of cancers occurring in humans.

Small Cell Lung Cancer that accounts for 15% of lung cancers is the second most commonly diagnosed lung cancer.

This form of lung cancer is also called the Small-Cell Carcinoma, commonly occurring in smokers. It begins when the healthy cells in your lung change and grow out of control to form lumps called tumours.

These tumours will then shed the cancerous cells that can get carried away in the blood which explains why lung cancer spreads so quickly to nearby organs especially to the lymph nodes that fights infections in your body.

What are the early signs and symptoms of lung cancer? 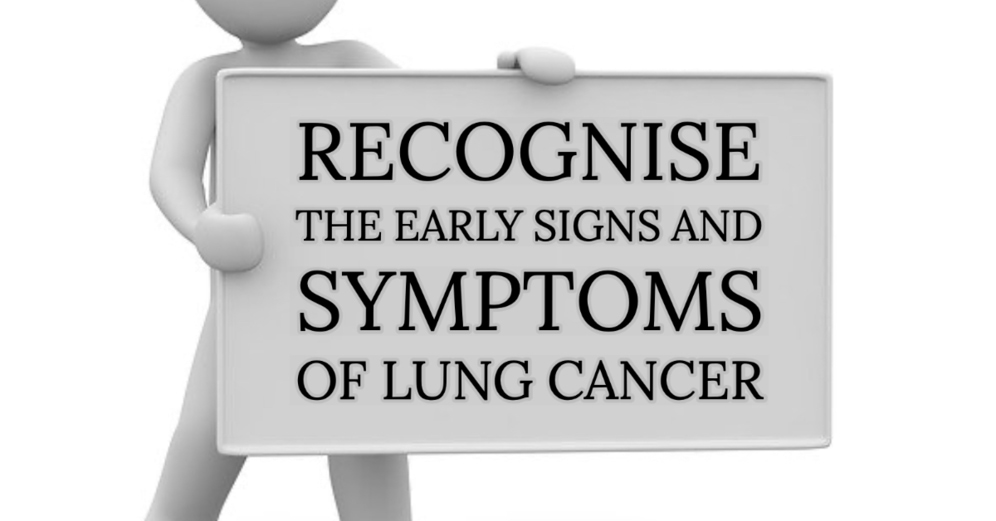 The use of Tobacco is the leading cause of lung cancer

Thankfully we know that smoking tobacco is by far the leading cause of lung cancer as well as many other forms of cancer.

Tobacco contains over 7000 types of chemicals including 69 types of carcinogens that are known to cause cancers. The use of tobacco is associated with 16 more types of cancers and causes the most cancer deaths in the world.

Seeing our doctors could be your first best step when considering to stub that last smoke. Our GPs can effectively assist you in quitting to smoke.

When planning your cessation programs, our doctors will conduct a quick physical check-up as well as keeping in mind the details of your current medical conditions and previous medical history.

So, if you or your loved one is planning to quit smoking, book an online appointment with our doctors give us a call at (08) 8948 4333 for further discussions.

Stay up to date

Did you know that you can book your next appointment via our App?​

It’s easy! Just download it from the App store or Google Play.

Need to renew your script or referral?

You are able to request a repeat prescription or reprint of an existing referral online for General Practitioners at Territory Medical (conditions apply).
Request Now